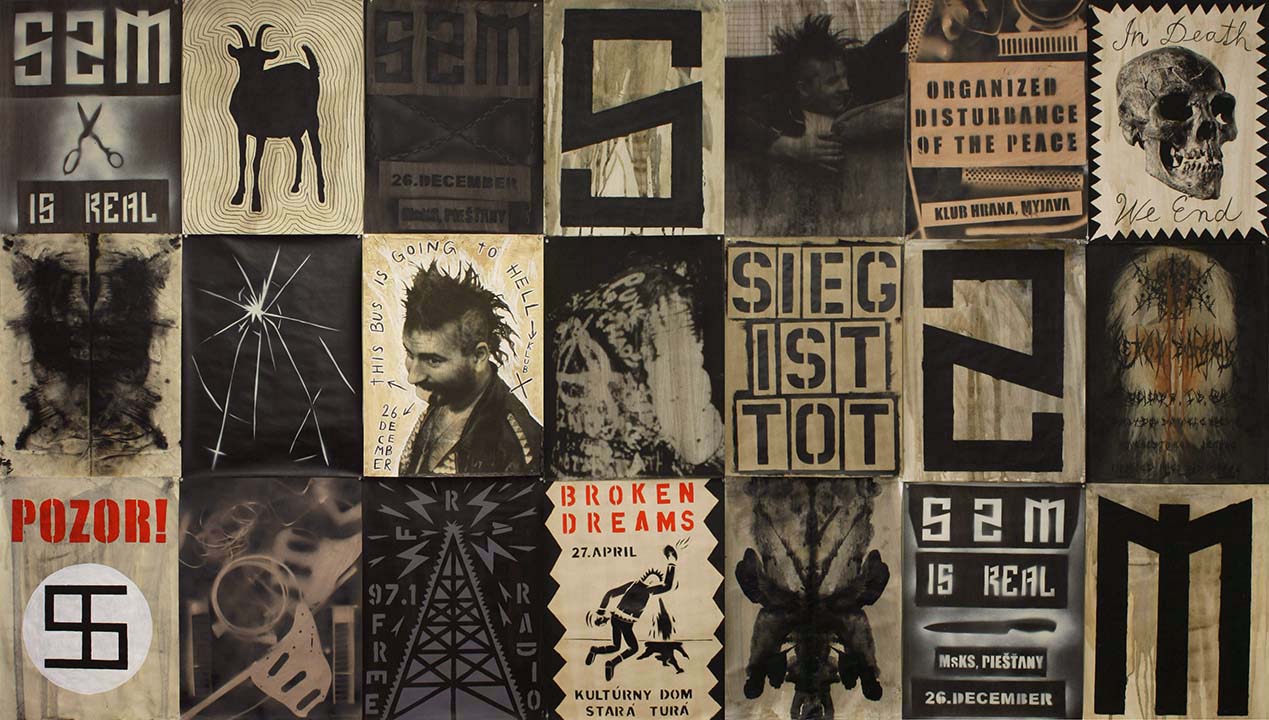 Stano Grezdo was born in 1972 in Czechoslovakia (now Slovakia).

He studied at The Graphic School of Bratislava, 1986 – 1991, working as a printing press operator and study the history of printing, graphic design, book-making, and typesetting. As the concurrent revolution in then-Czechoslovakia progressed, Grezdo was exposed to a spectrum of printed propaganda and protest through his work at the printing press, including the fliers secretly printed for protests. Some years after the revolution, Grezdo moved to the U.S., carrying with him the themes of Soviet propaganda, nationalism, and catholicism that surrounded his life in Czechoslovakia. Those themes and the related symbols emerged in his work as the foundation of his own esthetic and symbolism. The artist was also involved in the Punk scene in Czechoslovakia, and later in the US as a DJ with the pirate radio stations “Free Radio Austin” and “KAOS RADIO” based in Austin, Texas. The music programs focused on underground music scenes in Post-Soviet Block countries.

From 2007 to 2017 Stano Grezdo was curator of The Ukrainian Institute of Modern Art (UIMA) in Chicago, where he curated or co-curated over 60 exhibitions. He cooperated with countless Chicago organizations, artists and curators. He published more than 50 catalogs for UIMA, but also for the Ukrainian Museum in New York; Ukrainian Institute of America in New York; Andrey Sheptytsky National Museum in Lviv, Ukraine; Ukrainian Museum Of Canada, Saskatoon, Canada; The Bauhaus Chicago Foundation, Chicago and others.